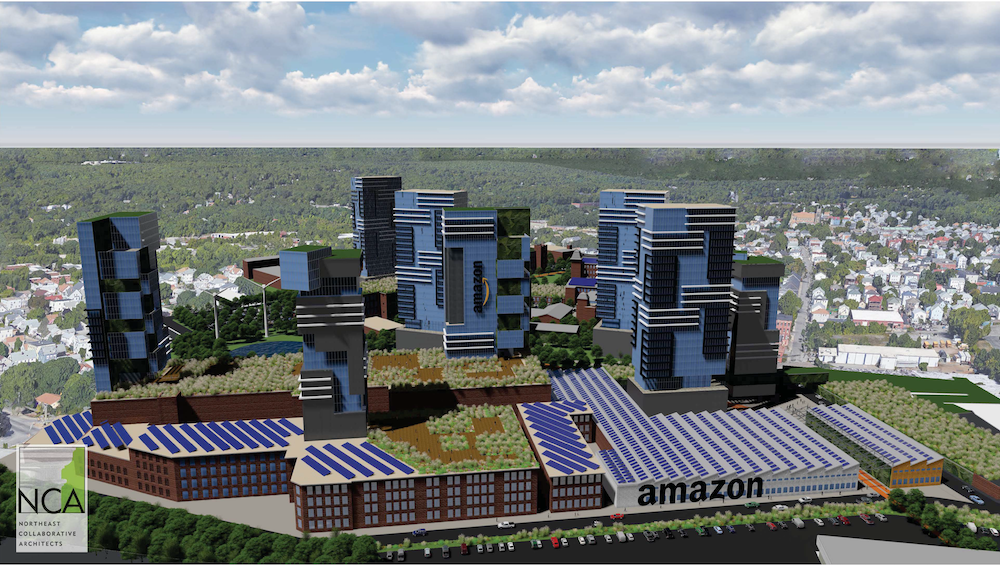 Pawtucket and Central Falls, who have been collaborating since Amazon first publically stated that the tech giant was looking for a second home outside of Seattle in early September, are ready to answer the State of Rhode Island’s request for input on possible locations for a bid.

The Pawtucket Central Falls Train Station District presents a unique opportunity with the arrival of a commuter rail station and transit hub in 2020. The two cities have already been jointly planning for the development of the station district which encompasses over 50 acres of available development, with a grand total of 160 acres, 2 million square feet of unique, historic mill buildings, and the potential to more than double that square footage with new construction. A new joint planning committee was established earlier this year to provide a more fluid and streamlined development process in the district by breaking down municipal barriers. The two cities have also been working together with the state and the town of Cumberland on the Broad Street Initiative, the revitalization of a main street that cuts across all three municipalities.

Located in the heart of the Northeast corridor with proximity to Boston, New York City, and Washington DC, the Train Station District is in the center of the Providence Metro Area with 1.6 million people. It is also in the middle of the Boston/Providence statistical metro area with 8 million people, giving Amazon close proximity to quality, affordable inland and coastal communities. The area is also surrounded with some of the best institutions of higher learning in the United States including Harvard, Yale, Brown, MA Institute of Technology, Worcester Polytechnic Institute, Rhode Island School of Design, Babson, Providence College, the University of Rhode Island, Bryant, Salve Regina, Roger Williams, Williams, Amherst, Wesleyan, and Johnson & Wales.

“Our two cities are always working together to position our communities for the future,” said Mayor Grebien. “This is where innovation began with the Industrial Revolution. We stand together, ready to hit the ground running to welcome another industry game-changer, Amazon, and tens of thousands of jobs to our Train Station District.”

"When I became Mayor, the City of Central Falls was living in the past," said Mayor James Diossa.  "But, we have become a true American post-industrial success story: focusing on fiscal responsibility, stimulating economic development and building the workforce of tomorrow.  Bringing America's retail giant is the next step for our region to continue to grow a regional, cross-boundary, creative economy.  We stand ready to lead.”

Aside from its proximity to more than enough qualified individuals to fill the 50,000 positions that Amazon is looking to employ, the Train Station District is close to two international airports in T.F. Green (Providence) and Logan (Boston) as well as directly adjacent to Interstate 95 with four exit/on ramps. The area also boasts an arts community, a network of bicycle paths, and riverfront access and recreational amenities.

Pawtucket and Central Falls will continue to work with local partners including the Pawtucket Foundation, the Northern RI Chamber of Commerce, and the Blackstone Valley Tourism Council as they prepare their bid for Amazon’s second headquarters.